When we did our Open Source attitudes survey a while back, the results were generally very mixed, but one very clear thing is people thought projects should have a formal published code of conduct that covers all parts of a project's community.
Three quarters of respondents said we should, and the rest were unsure. Nobody said we should not.
We do not have one and never have, although of course we have rules for the compo.sr website itself.

I was probably floating between 'Yes' and 'Unsure' personally, just because I am aware these have in the past proved contentious and we've done pretty well so far. But I now float more strongly towards 'Yes' given the survey results, the fact that that many projects have adopted these, and I am more aware now of evidence showing some people really do avoid Open Source given toxic behaviour in some communities.

I remain aware though how some people consider CoCs a stick for them to be beat with, and that some people think everyone should just learn to deal with rudeness etc. I definitely don't agree with those positions, but at the same time I want to make sure any CoC we adopt is as good and fair as it can be so that everybody can get behind it.

This week I started reviewing CoCs, and documents related to them, and it was very clear a CoC named Contributor Covenant was the most popular by far and has been broadly adopted. And that general opinion is that communities should generally get behind the same standardised CoCs rather than reinventing their own.

To that end, I reviewed it, others, and posted whatever feedback I had to make Contributor Covenant as good as possible, in the spirit of Open Source.
That didn't go as well as I hoped though, sadly, as I upset the person who wrote it with an excess of unwelcome feedback. I'm not clear exactly if I was too overwhelming, or too pedantic, if she considers it all settled already, or if she considers me unqualified to give input, but regardless I don't think my feedback is going to get any discussion for the time being. I do still consider the feedback I gave good feedback that would improve this CoC, and I coordinated with Patrick Schmalstig who is probably more qualified than me in these matters.

So, at this point I want people to be as open minded and non-biased as possible, and help us to collectively decide what to do. A poll is attached to this topic, and you can of course comment also. Don't just let me sway you, I want people's own thoughts. I'd like people to bear in mind their own interests, the interests of the community as a whole, and the principal of giving voices to people who may have been ostracised by society.

I voted for no CoC. If we ever get in the position where one is required in the Composr community then maybe so, but I can't see that being anytime soon and just because it's popular isn't justification enough for me at this moment in time. The only issue I've seen here is occasional spam. That was a curious response to your logical suggestions and I read some of the other concerns surrounding that project, I'd prefer we opted for something that fits the Composr community as and when the need arises. No point dealing with issues that perhaps don't even exist (unless there are some actual issues in this community that I'm missing). I believe those who run a community are responsible for the state of it ultimately.

A lot of the CoC's I've seen in the real world (outside the internet) are focused on the company. Perhaps the Composr CoC should focus on what to expect from this website and the staff (and any related channels, IRC, YouTube) with regard to rule and term breaking actions, rather than serving as extended netiquette and guidelines aimed at the userbase, both of which could be covered by the more common Rules and Terms pages. This way we can ensure pretty much the same outcome (for instance, by explaining our moderation procedures with an accompanying list of previously used warnings/infractions and counts/stats which sets precedents and real examples of what not to do in this particular community whilst also showing that we are enforcing the rules and dealing with term violations in a fair and transparent way).

I would prefer something dynamic and relevant to this community rather than another regulatory document for end users to skip over and disregard. One shoe does not fit all and if you've read the Contributor Covenant (or something quite similarly worded) elsewhere the skip is even more likely (if possible). I would trust transparency and appreciate any site/community which holds itself to account in such an open way over a standard popular document aimed at the end user whilst those in power/control are perhaps not held accountable for their actions despite being subject to the same rules and terms. Perhaps I am missing the point but that's my opinion on a subject I admittedly know very little about.

While I see and understand

Adam point of view on the CoC, I take a different approach using the prior experience I've had moderating online communities.

Personally, I don't think popularity should play a role in whether or not a CoC is used; everyone should have some form of code of conduct policy in place, even if there are no current community problems. The reason for this is because by having a policy in place, you establish transparency with the community about what you expect regarding behavior.

Without a CoC, at any point in time, you could be faced with one or more of these challenges, even if the community is not that popular:
* Staff / moderation having no unified consensus on moderation style and how they take action on questionable or problematic behavior (one staff may consider a list of things unacceptable, and another staff may have a different list)
* Users who could use the lack of a CoC against the staff as justification of ignorance ("I didn't know that was not tolerated"), and staff having no justifiable explanation to fight back against the ignorance excuse without community retaliation
* In extreme cases, a lack of CoC could have legal consequences should the company/project in question get involved in a legal dispute. This doesn't mean a CoC is legally binding, but it could serve as evidence.

I think Composr should have a CoC for these reasons. However, I voted "other", because, considering the challenges we faced with the Contributor Covenant, perhaps we should just stick to making our own CoC. We could consider others as inspiration, but maybe it's best we use our own entirely, adapted for the needs of the Composr community.

How about this as a tie-breaker, for the sake of unity and simplicity for all, we go with Contributor Covenant, but attach a clarifying note that clarifies where Patrick & I felt it needed it.

We're not really in disagreement here Patrick. I am not against the idea of a CoC, I just don't think it should be specifically aimed at users as I said. Rules and Terms (which are usually where the legal text goes if need be) pages should cover most of the cases you just mentioned for users with the exception of Staff/Moderation procedures which I proposed should be detailed and transparent. Actions speak louder than words and they would install more confidence in me as a Member and a Moderator. It's one thing having a set of Rules (and perhaps a Terms of Use page) but if the userbase cannot see results being actioned via moderation then it's just another bunch of text on a website that they agree to and just a personal experience if they end up being moderated (and I've had experience elsewhere also). If we have a CoC, let's make it useful, relevant and reflective of our community and not some boilerplate text from a grumpy person on GitHub


While I obviously don't like being basically told to go away after doing my best to contribute to a project, please let's assume the best of people and not create any further hard feelings or inter-community tensions

. She probably was having a bad day and deals with a lot of nonsense from people. She's done good in the world and continues to do so, we can respect that even if we don't fully agree. 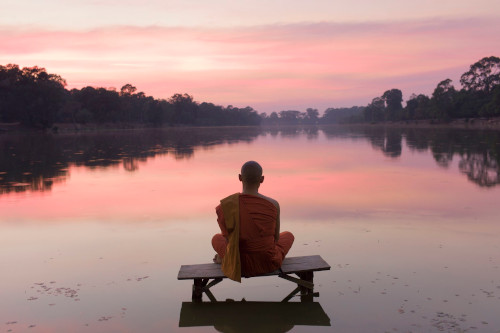 Of course, and I don't think being grumpy is a big deal so it wasn't meant to be an insult of any kind. Happens to me a lot and I'm rarely under pressure. Sun usually does it for me. As for going with the Contributor Covenant I have no objection, your choice to make really

I didn't know about Contributor Covenant before but I gave it a read and it seems reasonable.

I'm glad that it wasn't too long, too specific, or too stringent. I always like to encourage people to post without fear of being censored by rules that are perhaps a little too strict for the adult-oriented Internet.
Like ocPortal on Facebook:

My sense here is nobody has any really strong opinions about our exact actions.
To that end I've just been a dictator and committed Contributor Covenant for v11, along with a section of clarifying comments that say how to interpret it and extend it a little.
Better to just get this done, and then iteratively take any problems people may have as issues on the tracker.

It's important to me that:


That's an interesting insight, it hadn't clicked with me that this is a continuation of netiquette.


Perhaps the Composr CoC should focus on what to expect from this website and the staff (and any related channels, IRC, YouTube) with regard to rule and term breaking actions, rather than serving as extended netiquette and guidelines aimed at the userbase, both of which could be covered by the more common Rules and Terms pages. This way we can ensure pretty much the same outcome (for instance, by explaining our moderation procedures with an accompanying list of previously used warnings/infractions and counts/stats which sets precedents and real examples of what not to do in this particular community whilst also showing that we are enforcing the rules and dealing with term violations in a fair and transparent way).


I think if the CoC proves incomplete we can continue to clarify it, or extend the rules, as and when required.


If people don't read it it's not a huge deal IMO, as we can still enforce it, and those who care will have peace of mind.


Become a fan of Composr on Facebook or add me as a friend. Add me on on Twitter. Follow me on Minds (where I am most active). Support me on Patreon